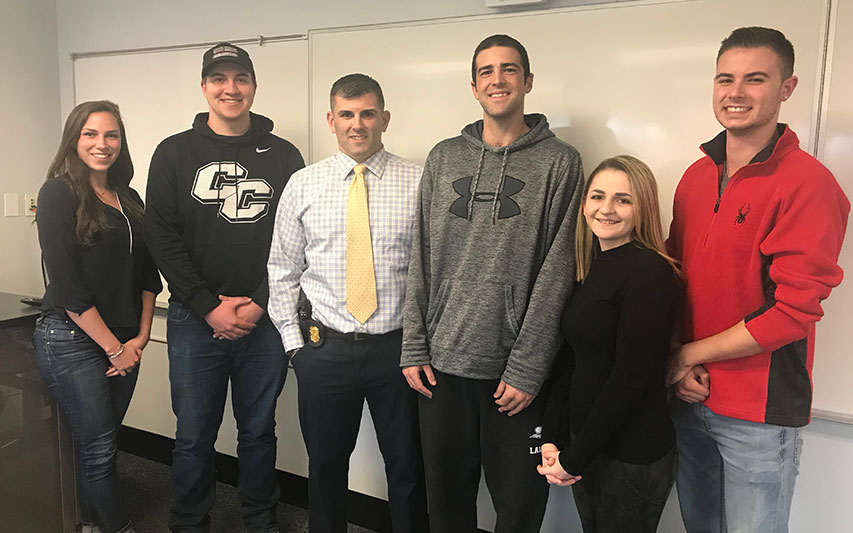 Special Agent Philip Belmont '04 recently delivered a guest lecture in Professor Al Sweeney's Criminal Justice "Community Policing Case Studies" course. The focus of his discussion was based on his personal and professional experiences both in law enforcement and beyond.

Belmont is a two-time veteran of Operation Iraqi Freedom, where he received the Bronze Star Medal while serving as a medic with the 101st Airborne Division. He is currently a Special Agent (SA) with the Social Security Administration, Office of the Inspector General, and is tasked with conducting criminal investigations in regards to Social Security program fraud.

Prior to becoming a federal agent, SA Belmont spent seven years as a Patrolman with the Nashua Police Department (NPD) in Nashua, New Hampshire. During that time, he served as a medic on NPD's SWAT team, as well as an instructor with the New Hampshire Tactical Officer's Association.