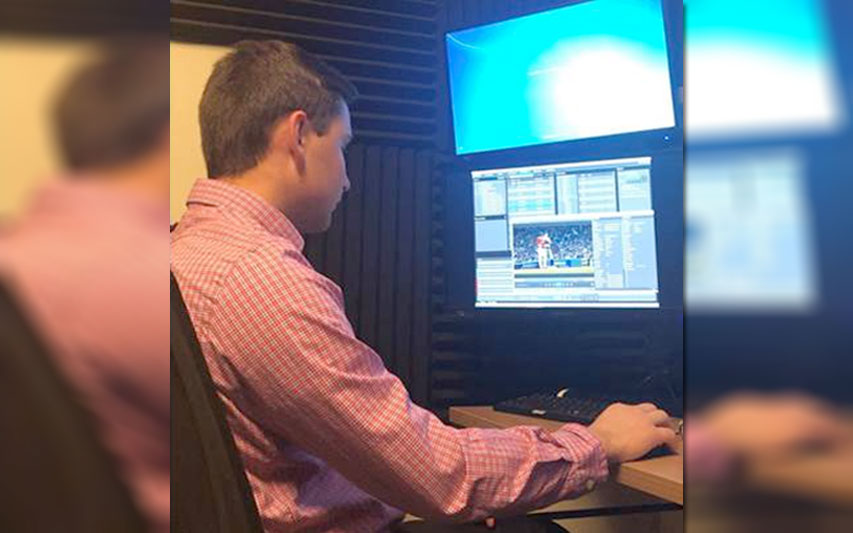 Curry College communication major TJ Deinstadt, Class of 2019, has been interning at New England Sports Network (NESN) during the fall semester, largely working with the Bruins production team at TD Garden. After the Red Sox won the World Series in late October, however, TJ was picked by NESN producers to help with the development of a documentary about the team’s historic season.

The Curry Internship Program offers students the opportunity to explore a variety of career paths and learn about their interests, skills, strengths, and values while acquiring course credits. The television, video, and film internships attract among the largest number of students within the program. “We have 10 to 15 students out in the field each semester,” said Communication Professor Jerry Gibbs, who teaches courses for Curry’s TV & Film major. “Many of these students are offered jobs, even before graduation.”

“Four of our current senior interns have accepted jobs already, with one graduating in December and the other three in May,” said Professor Gibbs.