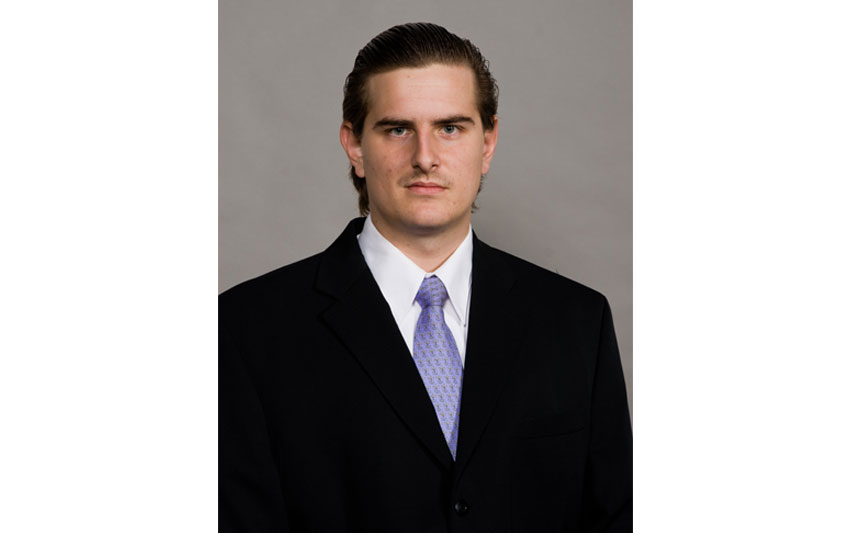 Steve Jakiel '10 (business management) came close to playing his first NHL game on Saturday, February 16 during the L.A. Kings' game against the Boston Bruins. The story was picked up by the Boston Herald and the Los Angeles Times.

As reported, Jakiel became the Kings' emergency goalie approximately four months ago. In his role, he attends half of the Kings' home games. On the way to Saturday's game, he received the call to dress and prepare to serve as backup goalie for Jack Campbell.