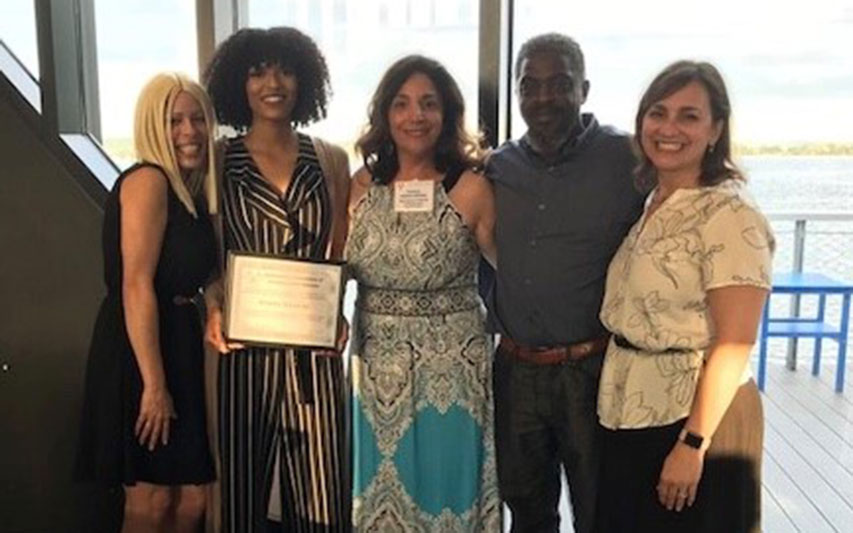 Before graduating in May, Briana also won Curry's annual Social Justice Award. She was an active member of numerous College organizations, including the Student Government Association, the Latino Student Union, the Multicultural Student Union, and the Bias Incident Response Team. During the 2018 Commencement, Briana also received the New Era Award. Each year, the New Era Award is presented to a graduating senior who - by virtue of his or her academic excellence, participation in curricular and co-curricular activities, leadership, accomplishments, and the potential for future achievement - is determined to have contributed most to the enrichment of the Class and the College at large.