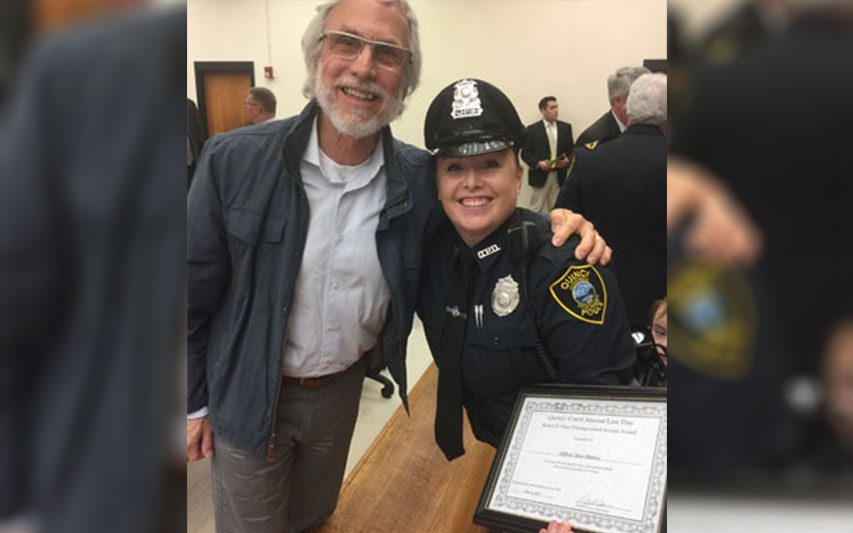 Quincy Patrol Officer Tara Kelliher Waters '99 recently received the Robert P. Dana Distinguished Service Award for Law Enforcement, after she saved the life of a woman who had been stabbed. The first to arrive at the scene of the attack, Officer Waters stopped the bleeding of two serious wounds, one with a tourniquet.

The Robert P. Dana Distinguished Service Award for Law Enforcement is named for a Metropolitan police officer who was shot and killed by a suspect while assisting a fellow officer during a traffic stop in Milton in 1984.

Read more about the recognition of Officer Waters' service...