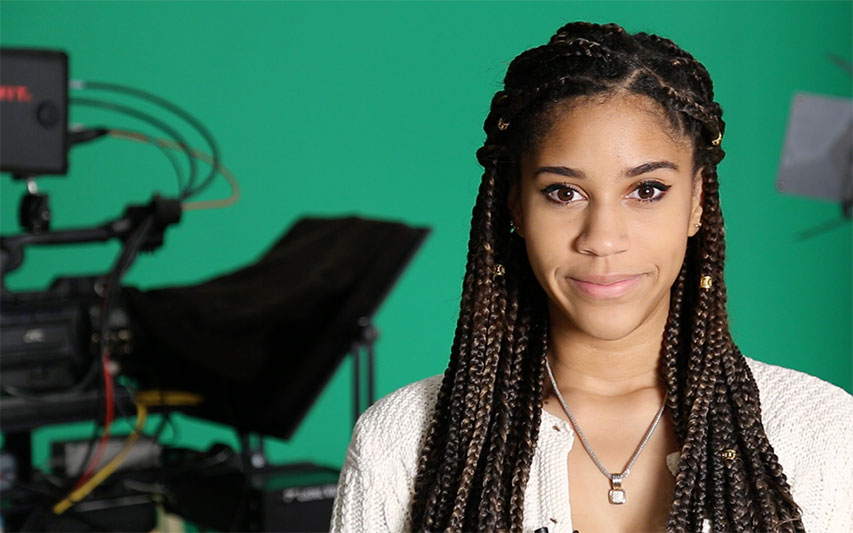 The latest video in a series of ads from BeatsTM once again includes New England football icon Tom Brady, among other globally recognized athletes. In the video, Brady is seen pounding his chest, yelling and throwing passes in the rain.

Courtney Lee (Class of 2017, Communication) was on hand for the filming of Brady's animated outdoor scenes. All-star Student Courtney, worked as a production assistant on the one-day shoot back in September, in Milton.  She was recommended for the position by Curry faculty and staff members due to her tireless work ethic inside and outside the classroom.

"I remember we had to be on set at 4:30 a.m., it was pitch black out, and I didn't even know who we were going to be working with," Courtney recalled. "When I found out, I thought 'I'm getting paid to see Tom Brady?!'"

Not only did Courtney do everything that was asked of her , including setting up signage and securing neighborhood parking for the cast and crew, but she was also part of the action on set as well.

"It was a pretty quiet location, so I and some of the other crew were asked to act as a crowd.  We were all standing in a group screaming at the top of our lungs to pump Tom Brady up during his scenes. It was a great experience and a lot of fun!"