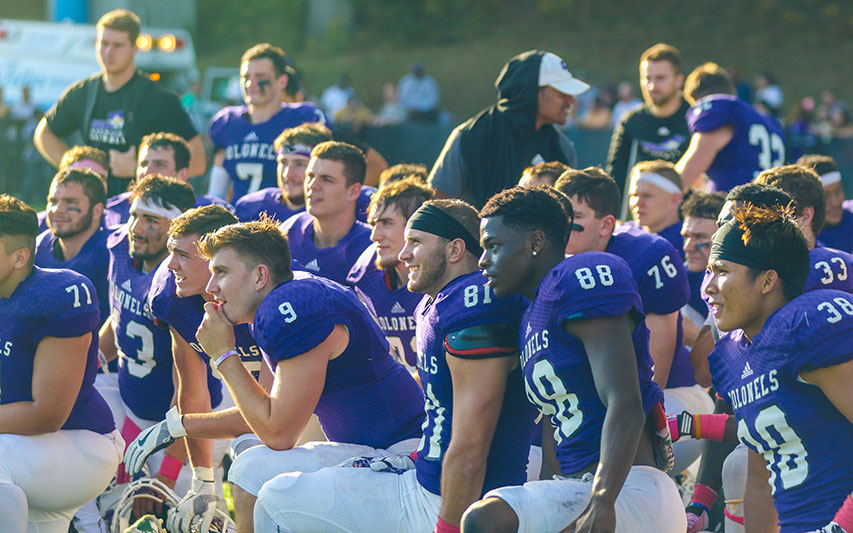 The Curry Colonels Football team played in the Second Annual New England Bowl on November 18 against the Framingham State University Rams in the Colonels first post-season game since 2009.

The Colonels lost to the Rams 48-14 at FSU's Bowditch Field seeing their season come to an end at 8-3.