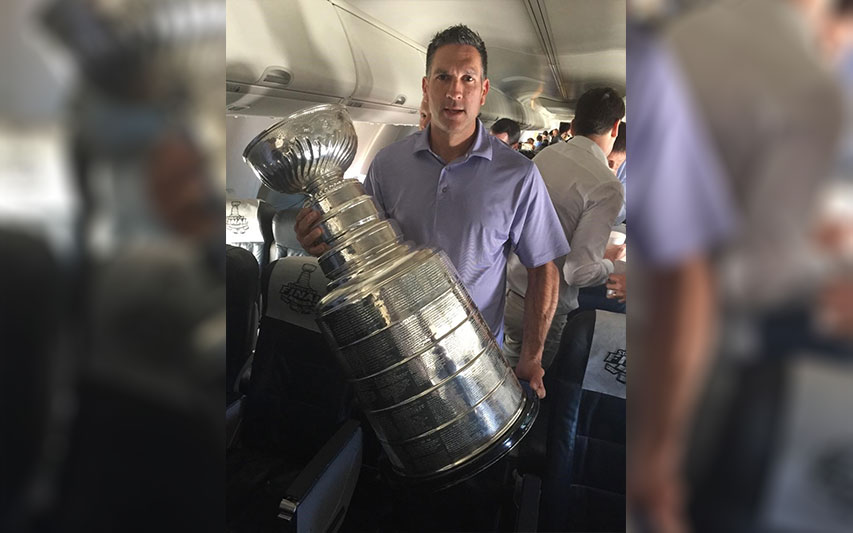 In 2011, Santilli, who lives in Reading, joined the Penguins as an amateur scout, and in September 2014 he was promoted to a professional scout. Al was a member of the Curry Men's Ice Hockey team from 1988 to 1992, and received a Bachelor of Science in business management.

"Playing on the ice and competing for Curry is what ignited my love of hockey, and since then it hasn't stopped," said Santilli. "As a team, winning the Stanley Cup takes hard work, a lot of luck and talent. I'm proud of the role I played, and how I worked from the bottom up to achieve this career accomplishment."

As an alumnus of the College, Al has been a consistent supporter of the Men's Ice Hockey program.

"It is quite an accomplishment to be a part of back-to-back Stanley Cup championships. Al's hard work behind the scenes for the Penguins doesn't go unnoticed. He is at rinks year round scouting talented hockey players for the Pittsburgh organization," said Vinnie Eruzione, Curry College Athletic Director.

When Santilli gets his hands on the Cup, he plans to invite current members of the Curry Men's Ice Hockey team to see it up close, and pose for a picture.