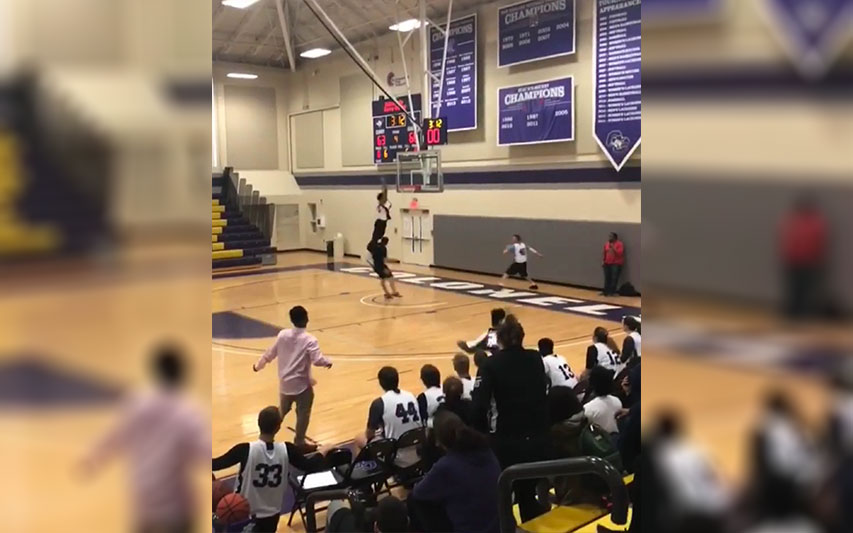 A highlight worthy slam dunk from a Curry College student-athlete recently went viral. During a faculty/staff versus student-athletes basketball game, Lherief Kenku, Class of 2021, rushed down the court to catch a teammate's pass off the glass. Lherief then slam-dunked the ball over his opponent, bringing the crowd to its feet.

A few students in the Katz Gymnasium caught the epic jam on their phones and posted the highlight on social media. Less than 24 hours later, the video appeared on ESPN SportsCenter's Top 10. The dunk, which several prominent social media sites have now also featured, has received more than 1 million views.

Congrats to Lherief for becoming an overnight sensation.