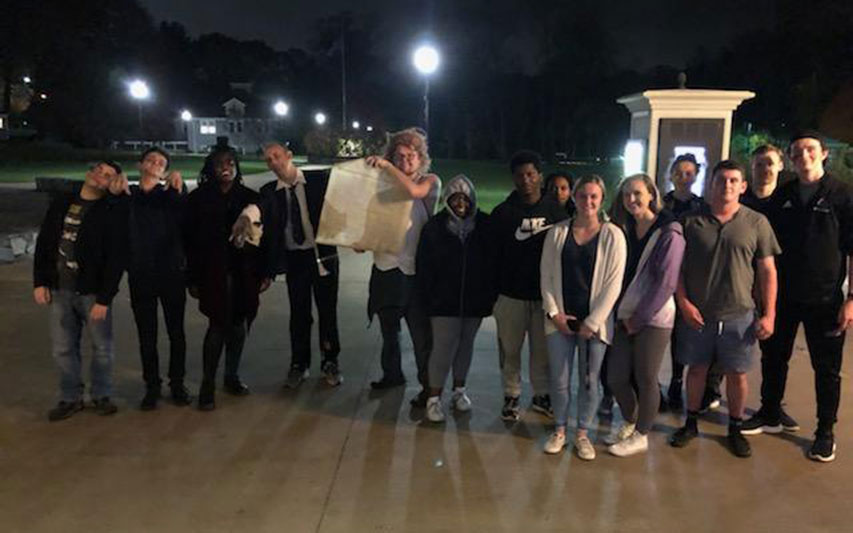 Zombies and vampires were spotted roaming the campus Halloween night, searching for their next meal - and claiming their next victims.

It turns out, the undead students were taking part in a game that forced them to match their skills and wits to stay “alive.” The game was led by Dr. Rob Smid’s "The 'Walking Dead' as an Introduction to Philosophy" class, which seeks to draw out substantive philosophical themes using this popular television series as the raw materials to learn about philosophical ideas that inform not only that post-apocalyptic world but our world as well.