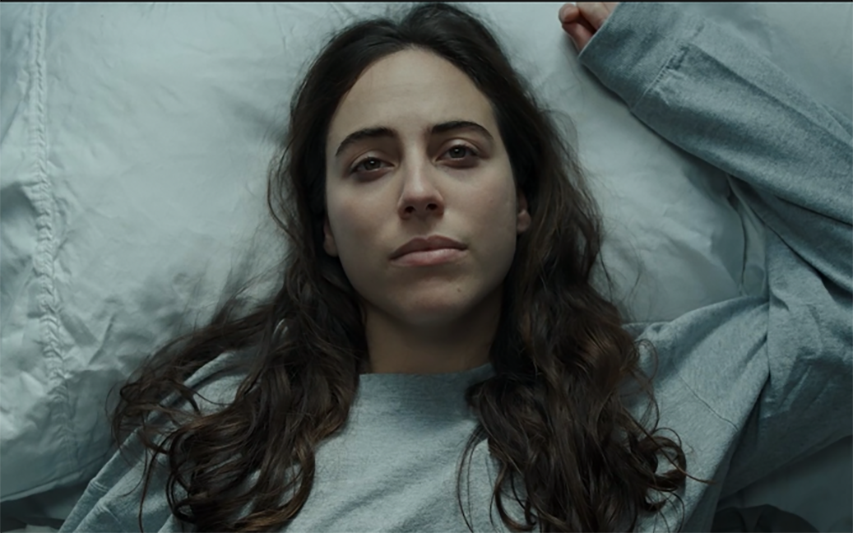 Communication alum and actor/producer Samantha Valletta '13 is giving back to the state of Massachusetts in a big way. In an upcoming short film, “Let Tomorrow Be,” Samantha teamed up with rising North Shore filmmaker Peter Nogueira, benefiting a variety of Massachusetts small businesses, which were drastically impacted throughout the course of the pandemic.

“Film sets bring booming business to large and small towns alike, which is crucial as we now enter the third year of the pandemic,” said Valletta. “We book up hotels for cast and crew, use local shops and homes as sets, and provide catering for hundreds of people through local kitchens. These are just a few examples of all the good filmmakers can do for a community.” The crew has been filming on the 200-acre Long Hill Orchard Farm in West Newbury, a family-owned and operated farm for over 30 years.

The 2014 Curry College Theatre Hall of Fame recipient began her acting career at the age of 3, performing both onscreen and onstage. Nicknamed Boston’s “Commercial Go-To Girl” she has worked with nearly every advertising agency in the Northeast. Valletta brings a wealth of expertise and passion to her craft, having gained valuable knowledge from her formative years at Curry.

“Unlike a traditional Bachelor of Fine Arts program, Curry not only provided me acting and performance-based classes, but it also taught me how to be a 360 artist, which was key to laying the groundwork for a career as an independent filmmaker,” she said. “When I lead a project, I lead with patience because I can empathize with the hard work that goes into each production from each position.”

In providing a solid foundation in theory and analysis combined with hands-on courses, the Communication program, and its faculty have made a lasting impression on Valletta which she calls back to in her professional life.

“I have stayed in touch with many of my professors over the years, but there's a special few who have significantly shaped my future,” said Valletta. “They challenged me greatly by prompting me with difficult questions, all the while guiding me to expanding resolutions. These professors never silenced my somewhat outlandish ideas, energy, and perspectives. Instead, they encouraged it all and pushed me to run full speed into my future.”

A piece of advice she’ll never forget came from Director of Television/Digital Video and Professor Jerry Gibbs who told her, “If you can see yourself doing anything else, then this isn't the career for you.”

“Those words have been tattooed on my heart ever since,” said Valletta, who expressed how she truly loves every aspect of her job.

“Let Tomorrow Be,” is currently in the post-production stage and will make its festival run in the coming year. Looking forward, Valletta will officially be launching her own production company, Hedy Films, which currently has three features in pre-production and two completed shorts that are about to hit the festival circuit. Additionally, she and Nogueira will be collaborating again this spring for the short film “Unboxing,” written and directed by Valletta herself. “It’s going to be an exciting year,” she concluded.

Friends from the Future: Artificial Intelligence Enhances the Student Experience at Curry College