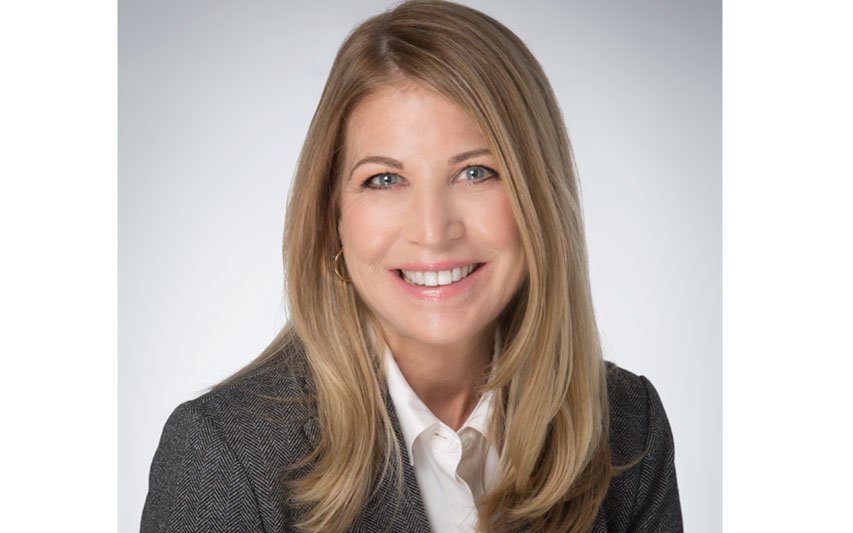 This article appears in the Fall 2020 Edition of Curry Magazine

Immediately after graduating from Curry College, Diane Carugati moved to Cape Cod. It was there that she landed the job that would manifest itself into a lifelong calling.

Her work as a rape counselor for a crisis hotline meshed with Carugati’s interest in women’s advocacy. She received training on how to identify and respond to callers who had been assaulted as well as how to assist those who were experiencing suicidal thoughts.

"I was always interested in how I could advocate for women and girls," says Carugati. "That job was the start of making that interest part of my career."

With relevant work experience to her credit, Carugati earned her M.Ed. in counseling psychology from Springfield College. She is currently the CEO of Timberline Knolls, a residential treatment center in Lemont, Ill., that counsels women suffering from eating disorders, addiction, and other co-occurring mental health issues. Her road to a career based in psychology began at Curry College. Carugati grew up in New Jersey and felt immediately at ease on campus during her initial visit to Milton with her father. She entered her undergraduate studies with her major undeclared, but one of the required freshman classes was introductory psychology.

"I loved learning about different theorists and their perspectives," Carugati recalls. "I have always been somebody who wants to support and understand people. I think that was the attraction."

Carugati began her post-master’s career working in the public school sector, but soon found herself called back to counseling and outreach. She spent several years helping adolescents and adults in crisis at a program based in Ocean City, N.J. During her tenure, the state of New Jersey was developing new psychiatric screening laws, and Carugati played a role in establishing a county-wide psychiatric emergency services center. She ran the new program, eventually becoming COO and vice president of behavioral services, providing leadership to acute inpatients, outpatients, and the crisis program. When her family moved from New Jersey to Pennsylvania, Carugati managed physician group practices for psychiatry and behavioral health. That led to more administrative marketing roles and a special interest in developing programs for women with eating disorders.

"Women are so influenced by how we are treated, and that has created harmful consequences and health issues," Carugati says. "Women tend to suffer more relationship abuse, more discrimination, more body image issues, resulting in eating disorders, anxiety, depression, substance abuse, and suicide. Even stereotypes about women contribute to behavioral health issues across the board. All that contributes to the psychology of women."

In her career, Carugati has been proud to focus on empowering women by providing them with the tools they need to create extraordinary opportunities to transform their lives. In that spirit, she helped coordinate a 2017 event with the student-led HIPS (Health Image Power Success) club. It featured a visit to the Curry campus by Carugati’s Timberline Knolls colleague, Jena Morrow, as part of National Eating Disorders Awareness Week.

Carugati joined the staff of Timberline Knolls in 2010 and was responsible for business development in the east region of the U.S. She left briefly in 2018 to pursue another opportunity, but was soon asked to return as CEO. She considers it an honor to preserve the mission of the organization by ensuring that everyone working at Timberline Knolls can do their part to provide the optimal environment for residents.

"My job is making sure our team has good outcomes for our residents," says Carugati, noting the Timberline Knolls mission of providing care with a "joyful spirit."

"The COVID-19 pandemic has presented new challenges for those working toward recovery. Carugati identifies transportation as one of the biggest hurdles for patients wishing to be treated at the Chicago-area facility (some fear contracting coronavirus en route to Timberline). As a result, there has been an increase in the severity of clinical presentation when patients are admitted, due to delays in seeking treatment. People are also increasingly worried about the wellbeing of their children, their job security, and other circumstances that exacerbate preexisting conditions, whether addiction, anxiety, eating disorders, or other concerns.

"People are struggling at home on a variety of levels – financially, emotionally, with anxiety," Carugati says. "Isolation is definitely a factor that can contribute to addiction and other types of mental health issues. This is the perfect storm for it."

At the facility, Carugati’s team uses an evidence-based approach to treat the mind, body, and spirit. "People think it’s self-induced, that people can control it," Carugati says. "Even with addiction, you have to understand that people are doing the best they can; addiction is a disease that carries a medical diagnosis like cancer or diabetes."

Without hesitation, Carugati says she gets the most satisfaction from witnessing the evolution of the female residents from the moment they enter treatment to when they are discharged. She expresses great pride in the work she does–and will continue to do–to help those women and others.

"I’m proud that I have worked with vulnerable populations most of my career and have been an advocate for people who are struggling," she says. "That’s important to me."

MBA Students “Nailed It” With Recruitment Strategies for eClinical Solutions