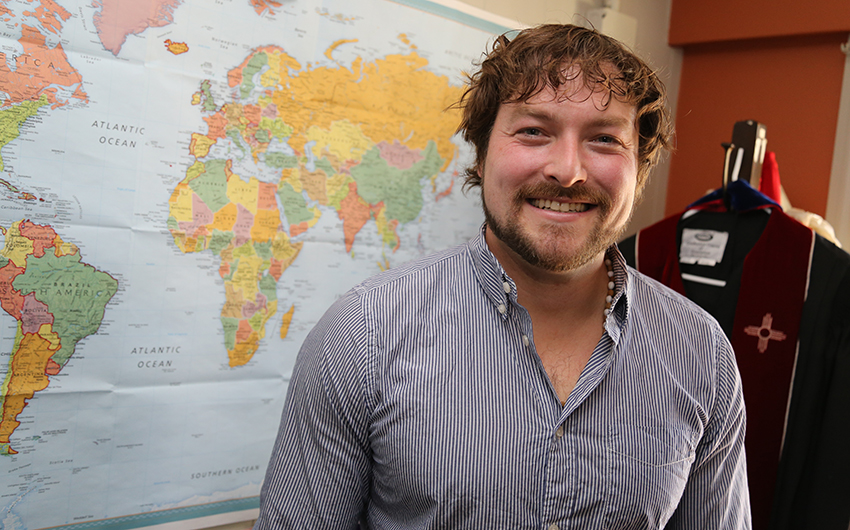 World leaders should take a page from Uruguay’s book and adopt a progressive clean energy initiative according to a new article in World Politics Review by Politics and History Associate Professor Grant Burrier.

“Few countries have demonstrated a comparable commitment to reducing emissions. Beyond lowering emissions of methane, a harmful greenhouse gas, from livestock and increasing forest coverage to promote greater carbon sequestration, Uruguay has radically transformed its energy grid,” he writes in the article.

In the last ten years, the small country has transformed its energy sector by reducing its reliance on fossil fuels. They are now one of the top wind and solar energy producers in the world. Uruguay produces roughly 97 percent of its electricity from renewable energy sources. “Whether you care about energy independence, sustainability, or climate change, it is important for the world to transition away from fossil fuels and towards renewable energy. The future of energy is renewable,” adds Burrier.

The success of the energy transformation is credited to Uruguay’s leaders who worked to build a broad consensus with a wide range of national and international stakeholders, says Burrier. “The lesson from Uruguay is clear. You need a president with a clear vision for change, but you also need to bring society with you. That means building a strong working relationship with the business community, farmers, NGOs, academics, international organizations, and even opposition politicians. By forging a broad consensus, you not only secure dramatic change, but you also ensure that it endures.”