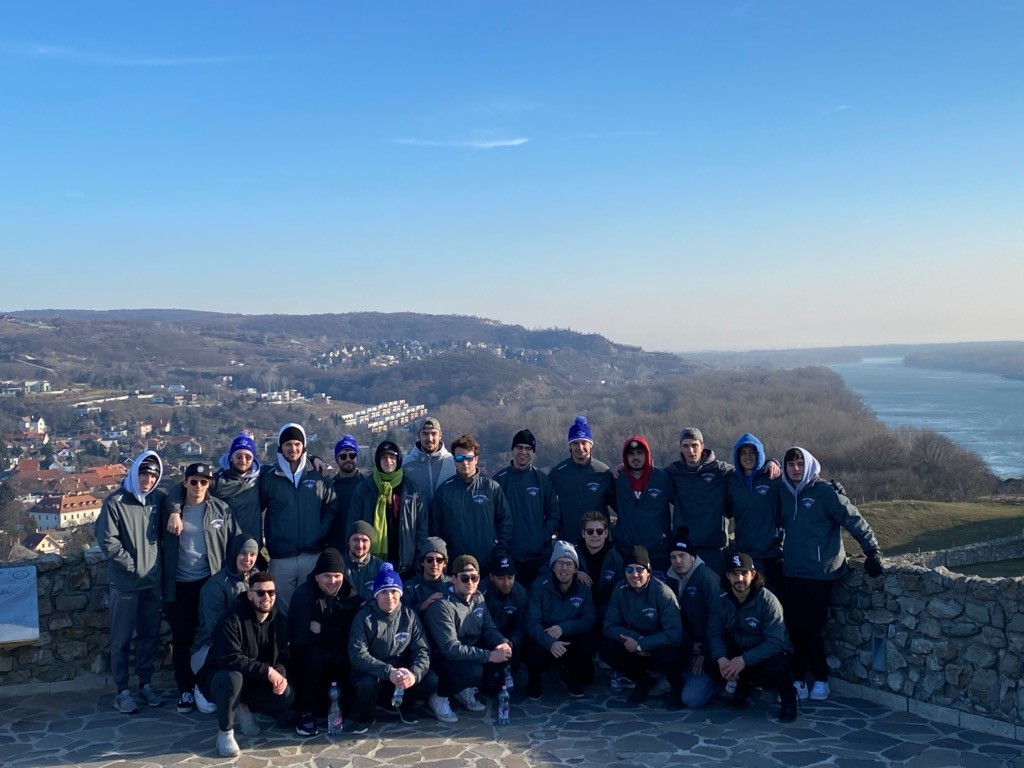 Though the NCAA only permits one international trip every four years, Men's Hockey Head Coach TJ Manastersky is already planning for another European exhibition tour for the team in 2024.

“We have to do it again. We will find a way; it’s that important.”

Men’s Hockey recently returned from a nine-day international trip competing against professional teams in Hungary and Slovakia while taking in new cultural experiences in some of Europe’s largest capital cities such as Budapest, Bratislava, and Vienna.

For many U.S. players, the “once-in-a-lifetime” trip was their first time visiting Europe or even traveling beyond the Boston area. For others - including several of Curry’s six European athletes - it provided a rare opportunity to play for Curry College in their hometowns. While his family enjoys watching the games online, Vladimir Cibulka ’22, from Bratislava, Slovakia, was excited for the chance to return home and play in front of his parents, he said to the Patriot Ledger in a recent article. Similarly, Zoltan Eross ’21 was eager for the opportunity to host his fellow Colonels. “It’s a really exciting experience, and I get to share my home, my culture, with my teammates,” said Eross, who is from Budapest, Hungary.

Though the trip abroad provides an invaluable opportunity for recruiting top prospects – Manastersky has increased the number of international players by 35 percent since 2013 – and showcasing Curry’s athletic talent to professional teams – three Men’s Hockey alumni now play professionally in Europe – the real takeaway for Coach Manastersky is witnessing the team’s personal growth and connection to each other.

“The trip was a real eye-opening experience in that we all gained a greater understanding of the world, ourselves and each other,” he says. “The work we do with our players is about much more than performing at a high level. We’re committed to helping our athletes develop as players, but also as students and people that will go on to be successful in their industry and communities. Our trip was a big step forward in that direction.”