Guest Speakers Zoom in to Offer Expertise, Experiences to Students 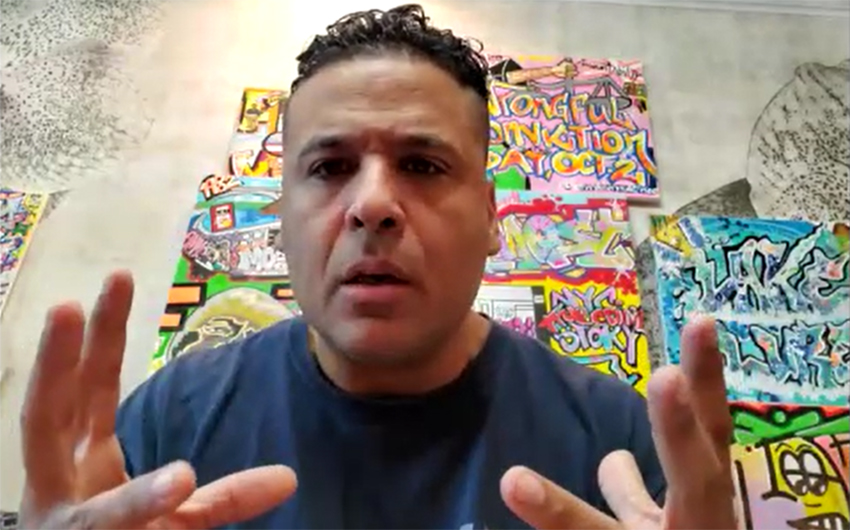 The now widespread practice of video conferencing has allowed faculty to invite guest lecturers from all over as special virtual speakers this fall. Curry faculty often summon industry experts to expand the student learning experience by bringing alternative perspectives or personal experiences to the course material.

Recently, students in Criminal Procedure led by Dr. Jennifer Balboni, professor of criminal justice, heard from Fernando Bermudez, a man wrongfully convicted of murder in 1992 and subsequently exonerated. After serving 18 years in prison, he was declared “innocent” by an appellate court judge in New York, with charges dismissed with prejudice. In the decade since his release, he has become an activist and advocate for Represent Justice, earned his Bachelor’s Degree in behavioral science, and worked to help abolish the death penalty in the state of Connecticut. He has given lectures across the globe and is also an entrepreneur in the graffiti-inspired artwork through iammost.com, supporting his activism efforts.

Criminal Justice Honors Society President Devin Gatto ’21 introduced Mr. Bermudez, noting that his story is one that illustrates how lives can be at stake when justice professionals make mistakes. Bermudez then shared his story with students, chronicling the steps that led to his wrongful conviction. Students participated in an engaging discussion, where Mr. Bermudez answered questions about how he stayed strong during his time in prison and how he avoids being bitter for the mistakes that cost him nearly two decades of his life.

As future criminal justice professionals, Bermudez advised students: “See every person as a human being worthy of service and protection.” He further encouraged them to “pay attention to the details; don’t cut corners. Follow up with all leads, and always consider the humanity. One person can make a difference.”

“Mr. Bermudez’s experience was eye-opening,” says Gatto. “As a criminal justice student, it was disheartening to hear. However, it allowed me to understand that mistakes do happen in the criminal justice system, and those impacted need to be advocated for.”

This semester, other guest speakers at the College have included asset and wealth management leader Alan Pisano, a partner at PwC, as one of the first speakers in the BSA Speaker Series, user experience designer Billy Hollis, a partner at Next Version Systems, who spoke with IT students, and Dr. Bonnie Ruberg, an interactive media and games scholar who recently remotely attended Video Games: Theory & Analysis led by Dr. Melissa Kagan, assistant professor of communication.