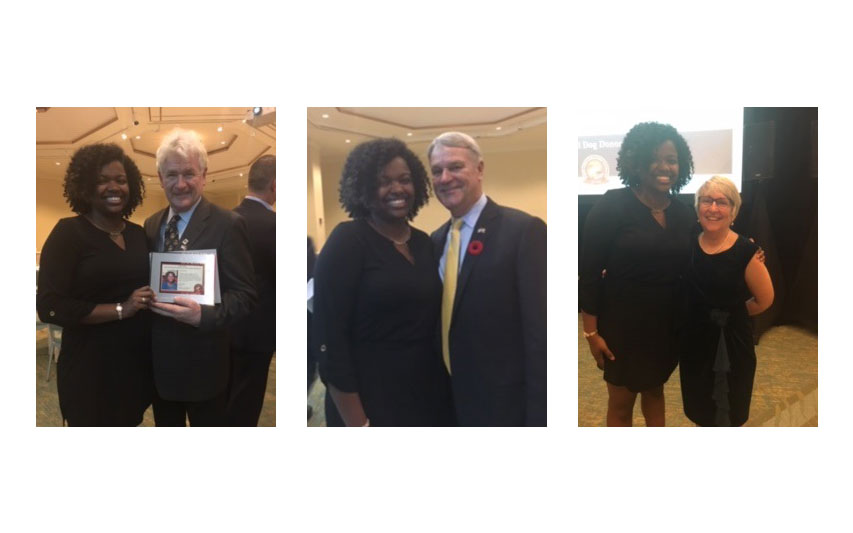 In addition to the Marine Corps Scholarship, Ismae was also awarded the first John McDermott Honorary Scholarship. An international recording star, Mr. McDermott is a champion of veterans both in the United States and in his home country of Canada.

Ismae is a double major (Forensic Science and Biology) and is working toward becoming a Death Investigator.  She has been spending her summers working in the Las Vegas Coroner's Office and hopes to return there full-time after she graduates from Curry College.