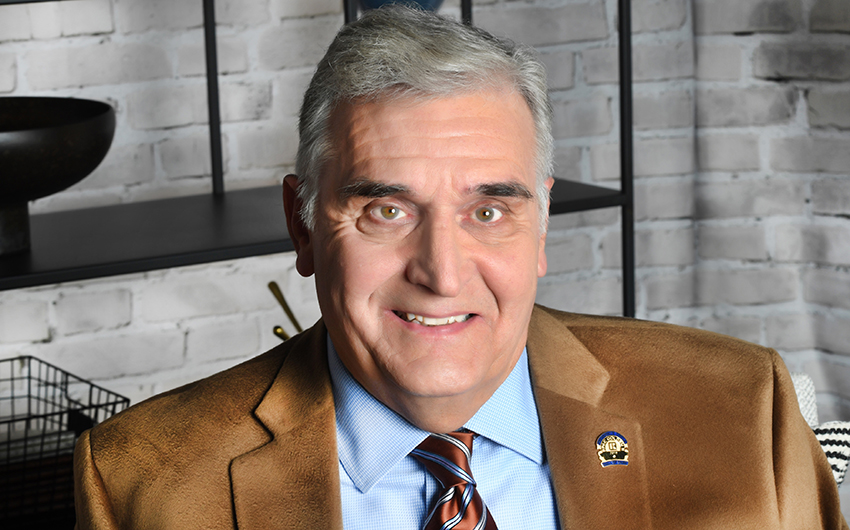 Speaking from his condo overlooking Washington, D.C., Joe Ventrone, '71, references a photo hanging on his office wall depicting him and other Curry students on a field trip to the nation's capital.

Several years later, Ventrone would return to launch a distinguished career in the U.S. Department of Housing and Urban Development (HUD) and the National Association of REALTORS (NAR).

While attending graduate school, Ventrone's first job was running an elevator in the U.S. Senate, where he witnessed political strategizing. He employed that skill starting in 1974 as a HUD housing programs officer, a House Financial Services Committee deputy staff director, and a Federal Housing Finance Board senior policy advisor. He transitioned to the private sector in 2003 as NAR's vice president and helped lead federal policy and industry relations. Now retired, Ventrone serves NAR as a consultant.

Although Ventrone lives blocks away from the site of recent political unrest, he points out that he attended Curry "during a troubling time with the Vietnam War protests. "The U.S. is resilient," he says. "We'll get through this."

The seeds for Ventrone's "middle ground" philosophy were planted at Curry, where he bridged a belief in activism and speaking up for rights to being active in student council, the Alpha Beta Gamma fraternity and having positive relations with the college president. "I gravitated to power centers," he recalls.

That mindset continued through his 18 years on the Hill, working for the Republicans who were first in the minority, then the majority. "I learned from Texas Democrat Henry B. Gonzalez that staff 'should be on tap and not on top. We are advisory, paid to give both sides of the item. We cannot have our own agenda."

Ventrone cites working on public housing policy reform as one of his most significant accomplishments that created a "sea change." Another sea change is the impact of the pandemic on real estate.

Ventrone looks forward to a future of travel and working on a book on housing and banking. He cherishes a note written to him by a former staffer. It reads: "You're a great example of enthusiasm, youthful thinking and consideration for others,"

"I'm 71," Ventrone points out. "My advice to young people is to look at the past only to rationalize the future. The future is at my window. I am embracing what it's going to be."

Mother and Son: A Graduation Story 26 Years in the Making