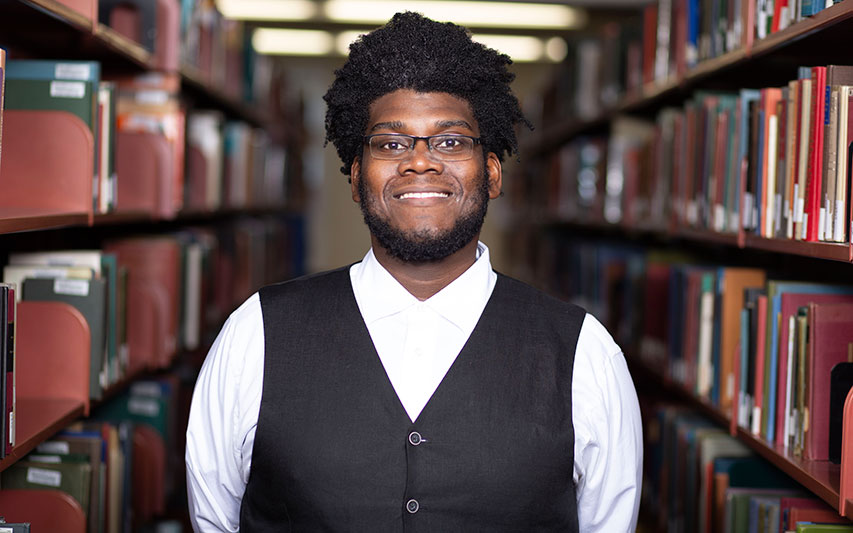 This month, research led by Jalen Campbell '18 was published in the undergraduate research journal,  Gettysburg Social Sciences Review, a feat that began during his sophomore year at the College.

"It's a testament to Jalen's perseverance," says Dr. Grant Burrier, associate professor of international relations. Dr. Burrier mentored Campbell and four other politics and history students in an independent research seminar during the fall of 2016. "He could have stopped his research project at any point after our seminar ended, but he instead seized every opportunity to push himself and the research further, even revising multiple drafts after he graduated."

Campbell's journal article,  "Political Gridlock: The Ongoing Threat to American Democracy," presents quantitative research on the legislative implications of a stalemate between opposing political parties and argues for constitutional reforms. "I wanted to know what factors prevent the U.S. government from passing important legislation on central issues, such a racial inequality or climate change, which ultimately led to focus my research on political gridlock."

In the spring of 2018, Campbell was one of a small group of Curry students selected to present in Chicago at the Midwest Political Science Association meeting, the nation's largest annual gathering of political scientists. "The students had the opportunity to see a professional conference, network, and collect feedback on their work from peers in the field," adds Burrier.

Dr. Burrier says the opportunity for Curry students to lead research alongside faculty mentors is fundamental to delivering on the College's mission. "As faculty, we strive to channel their passions and encourage them to dig deeper," he says. "With independent research projects in politics and history, our students hone their skills but are also able to directly witness how their classroom content applies to real-world problems. Simultaneously, we are preparing them for the professional world."

Campbell agrees Dr. Burrier's mentorship played a crucial role in helping him become published. "I'm grateful to the Politics and History department at Curry for their amazing faculty that helped through all the steps along the way to becoming published," he says. "It was through the teaching and encouragement of Dr. Burrier, and others at Curry that I was able to accomplish this great achievement.”

Today, Campbell is working for two museums: Eustis Estates, a historical museum in Milton, and the Museum of Science in Boston. He plans to begin new research projects and will pursue a Ph.D. in American Politics at Boston College, Syracuse University, or Temple University. Campbell aspires to become a professor or academic researcher and, ultimately, a politician.