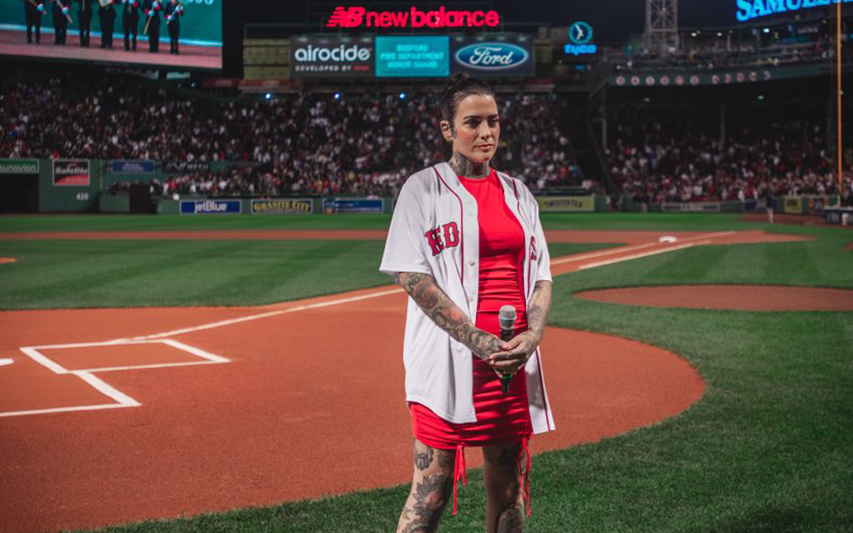 Lisa Bello '04 was convinced that she would never go to college. In her mind, the military was the only place for her to be accepted and to thrive…that is, until she discovered Curry College.

As a local high school softball player, Lisa first learned about Curry, specifically its softball program, at the Baystate Games. "The summer before my senior year I met Bruce Weckworth at the Baystate Games tournament in Dorchester. I loved his coaching style as I watched him with his players, and I learned later that he was the coach at Curry. My father convinced me to go meet with him that fall and tour the campus. I fell in love instantly."

Upon her arrival at Curry, Lisa began to discover herself and most importantly, her potential as a student and as a leader. “I wasn't the best student, but I knew that the small and welcoming environment at Curry could nurture me into being the best version of myself, and it did.”

The communication major quickly discovered her passion for film and radio as one of the first students to experience the Hirsh Communication Center, which will soon celebrate its 20th anniversary. One of her favorite courses at Curry was TV Production, which established her love for the public eye. "I swore at that point I needed to eventually be on either side of the camera." It was then that Lisa began singing the National Anthem at football and basketball games at Curry, showcasing her vocal talents.

Lisa’s confidence grew as each year passed, and she became involved in several different roles on campus to grow her leadership skills even further. She accepted considerable amounts of responsibility as a resident assistant and captain of the softball team. "The leader I am today can be mostly attributed to my four years at Curry. That leadership and those skills have allowed me to get in doors I never thought possible."

Her success as a leader, student, and softball player (which later earned her a spot in the Curry College Athletic Hall of Fame) was only the beginning.

Her confidence and academic achievements led her to pursue a Master’s Degree in Special Education, which later helped her secure a job as a special education teacher for Boston Public Schools. Teacher by day and singer/songwriter by night, she was living the best of both worlds, performing and teaching in the city she grew up in.

In 2016, Lisa decided to pursue her music career full time, a choice that was made possible through her growth and self-discovery at Curry. "Curry allowed me to be myself fully. I discovered more of my independence there and my drive. Curry nurtured me just enough to see my full potential and I am so grateful for my time there."

Since then, the singer/songwriter has produced three albums and has been honored with numerous awards for her vocal ability, songwriting, and humanitarianism. She has won the John Lennon Songwriting Contest, Boston Music Awards Female Vocalist of the Year and R&B Vocalist of the Year, and many more. Lisa has also become a seasoned National Anthem performer, having recently sung at Fenway Park for the biggest rivalry in baseball-the Red Sox/Yankees series. "I have to say that getting the opportunity to perform at Fenway is nearly a fantasy and then add it being a Yankees vs. Red Sox game!? It feels unattainable, so for me to actually get that opportunity I was floored. It was the most wonderfully terrifying, yet uplifting experiences of my life."

Even with her busy and thrilling full time music career, Lisa still finds time to come back home to Curry, where it all began. On Saturday, October 16 she was back in Milton performing live at Homecoming and Family Weekend during Fall Fest.

Her advice to Curry students? "Don’t worry about finding yourselves on day one, that will come. Walk the campus often and keep your head high as you never know who you may meet along the way. Set aside self-care time and a solid group of people that you can vent and grow with. The community you build, big or small, will help you through the best of times in your four years."