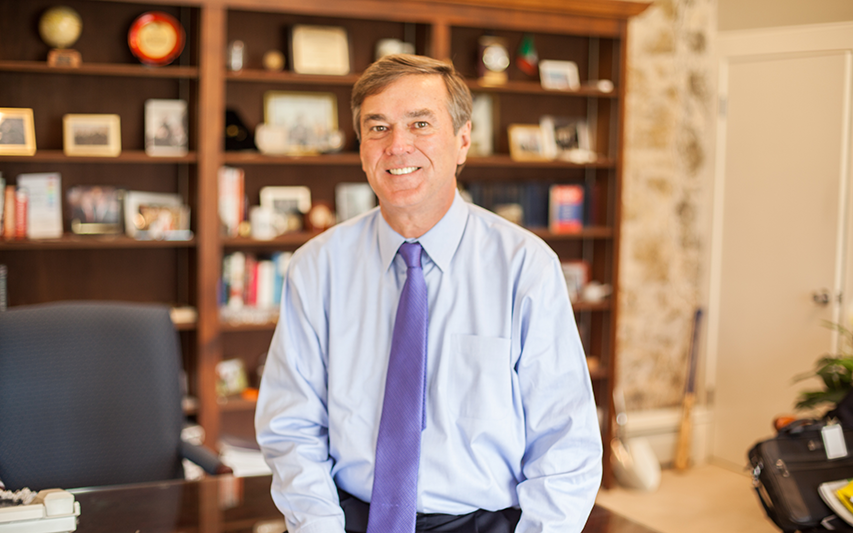 In a message to the Curry College community, President Kenneth K. Quigley, Jr. announced that he will leave office in Summer 2023, after serving as president since 1996.

“It’s been a great privilege to serve Curry College and its people in a variety of roles since 1985—as an adjunct faculty member, professor of business management, and as president,” remarked President Quigley. “It’s been the professional honor of a lifetime, and I thank the many students, alumni, faculty, staff, trustees, friends, and supporters of Curry who have helped make our institution what it is today.”

President Quigley was inaugurated as the College’s 14th president in 1996. Prior to his presidency, he joined the college in 1985 as an adjunct faculty member and then served as professor of business management. During his term in office as president, student enrollments tripled, and many new undergraduate and graduate degree programs were launched. The College completed an aggressive building campaign of residential and academic buildings, and achieved significant growth in its endowment.

“Ken Quigley has led Curry College through a period of remarkable transformation and growth amidst unprecedented changes and challenges for the institutions of higher education,” said W. Patrick Hughes, chair of the Curry College Board of Trustees, regarding the announcement. “His tenure as president has been extraordinary, and the Curry community is forever indebted to him for his leadership and his legacy.”

During his final year in office, President Quigley remains focused on advancing strategic initiatives that will continue to propel the college forward for enduring success. And though his day-to-day time on campus is coming to conclusion, he noted that he will forever champion the College as an ambassador for all the good work Curry does.

“Curry College changes people’s lives for the better. I’ve been telling the Curry story for many years, and it is a story I look forward to continuing to share for many more,” said President Quigley.