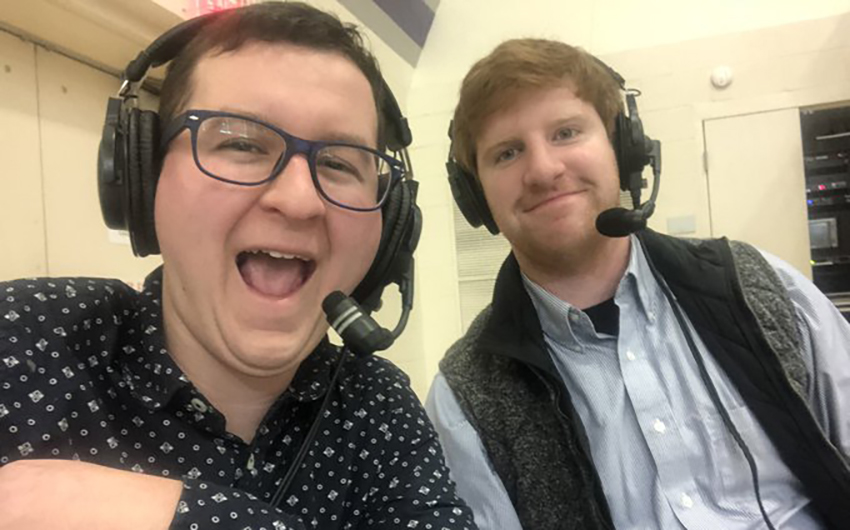 Sports leagues may have shut down across the world due to the coronavirus pandemic, but Jack Supino ’21 found a creative way to hone his play-by-play sportscaster skills while bringing a little live-action sports fun to cable access television viewers in Boxford.

As part of BCA-TV’s Social Distancing League, he is helping to produce a series of simulated live video gameplay videos which include an overlay of professional sportscaster narration to help viewers enjoy a viewing atmosphere similar to that of a professional sports broadcast. Though Supino has produced basketball games on his Playstation console, the new league is also showing hockey, soccer, baseball, and football games.

Supino, a Communication major with a concentration in Radio, has led a number of sports broadcasts on the Curry College Radio Station, WMLN-FM, including “Sports Corner”, as a contributing DJ and sports coordinator. Alongside his time on-air at WMLN, Supino credits his courses and connections at Curry for helping him prepare for the career he wants in radio.

“I’ve learned so much through all of my classes. From the history of broadcasting to writing radio scripts and perfecting proper enunciation, I know that I have the complete toolkit I need to be successful after graduating.”