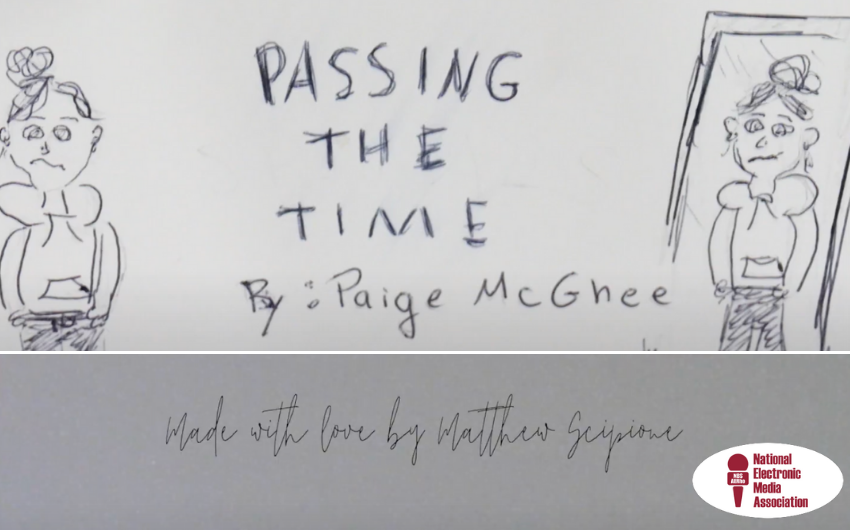 Even during a pandemic, Curry College communication students have shown they can succeed against national competition. Last week, two film and video students were named as finalists in the Annual Undergraduate Student Electronic Media Competition led by the National Electronic Media Association (NBS).

Based on projects created in the Curry College film concentration course last spring, Paige McGhee ’20 and Matt Scipione ’21 are the lone representatives from the New England Region, accompanied by nation-wide talent from schools such as the University of Florida, Marshall University, and the University of Oklahoma.

McGhee received a finalist nomination in the “Graphics/Animation” division with an animation short, “Passing the Time,” while Scipione is a finalist in the “Production During a Pandemic” category with a film short, “Show & Tell.”

The two new finalist entries top a list of dozens of industry nominations and winning entries for the communication program at Curry. Students have competed and placed in the NBS national competition for more than ten years.

The winners will be announced at the NBS annual conference in March, which will be taking place in-person and virtually from Indianapolis.

“Both of their pieces were very worthy of accolades, and we will see how it all plays out in March!” says Director of Television/Digital Video and Professor Jerry Gibbs.