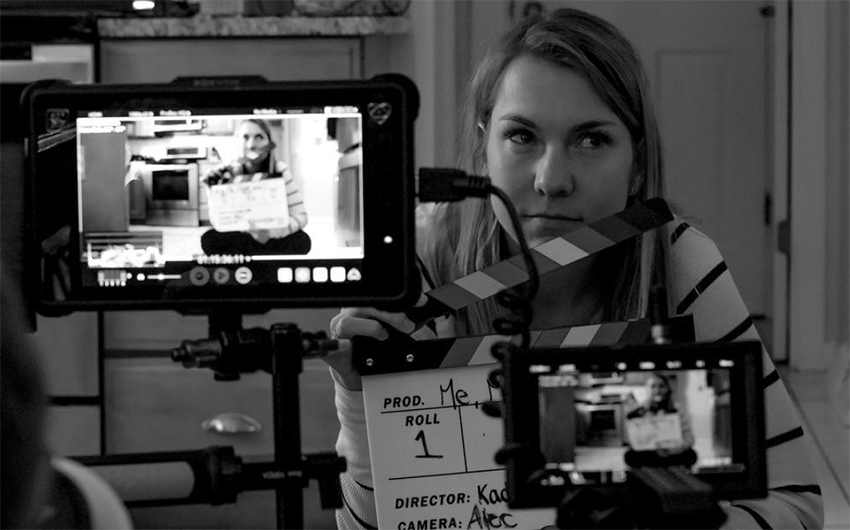 Though based on a screenplay by Patricia Wani '19, the short film category winner "Me, Myself, and I," was produced by a class collaboration with direction from Padrick Ritch, assistant professor, film production. The course, RED Camera Film Production, allows students a unique opportunity to work as independent filmmakers. Together, students manage a budget, rent cameras, technical gear, and lighting, as well as scout locations and hold acting auditions. Ritch says the award is a testament to the students’ commitment. "It was a big emotional lift to see the students' hard work and dedication pay off. For the students, I hope it is justification and reward for the work they put into the film itself."

The award marks Curry's fourth win from the national competition and tops a list of dozens of industry nominations and winning entries for the communication program at Curry. Students have competed and placed in the NBS national competition for more than ten years facing other major colleges and universities, including Emerson College, the University of Florida, and the University of Oklahoma. In addition to Best Short Film, the College has won Best Public Affairs and Best Newscast, among several nominations. A 3D story by Colin Marr '19 on graffiti art in Worcester was also named a finalist this year in the Feature Package category.

For Ritch, the award represents a beginning for the communication program at Curry, and he hopes that future film students will continue to work to keep raising the bar. "Our students can do high-level work when they put forth their best effort and work collaboratively," he says. "I want the current juniors, sophomores, and freshmen within the Communication Department to view this as the start of what we are building, not the culmination. It's an incredible accomplishment for the students in that class, and it has set a high bar for the next class to live up to."