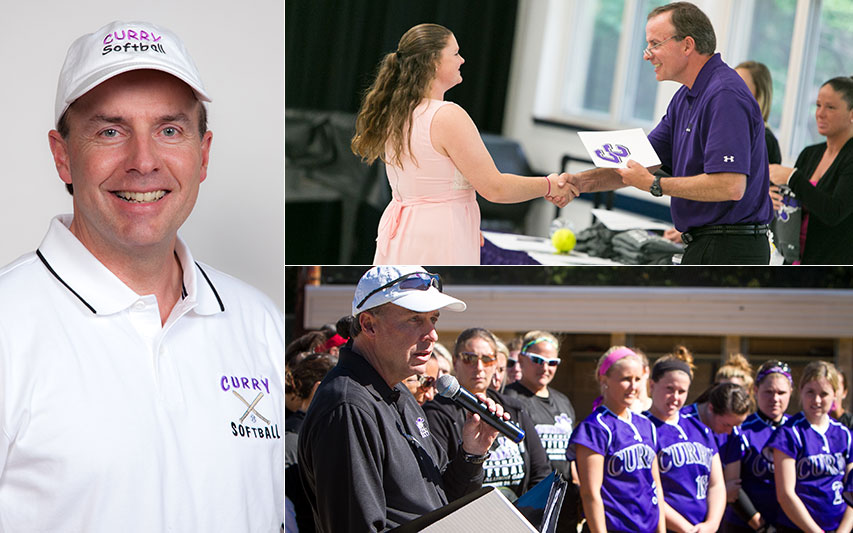 When Bruce Weckworth ’82 reflects on his time as a student at Curry, he thinks fondly of his favorite communication professors, hosting a radio show on WMLN and helping other students in the halls as a Resident Assistant.

“Having transferred from the large state university, I immediately found the small classes to be just what I was looking for. Professors knew my name and were interested in me,” he reflects. “My years at Curry taught me how to be more independent, academically responsible and self-sufficient.”

Mainly, he treasures his time as a student-athlete and two-year captain of the Men’s Soccer team, which was led by Coach James Kaufman.

“Coach Kaufman was an amazing coach and emphasized working hard but playing smart,” he says. “He held us accountable for our actions on and off the field and reminded us that earning our degree was our main goal. He also made it clear that you should have fun playing the sport you love and would often add a drill that would leave us laughing.”

Ultimately, his love for sports guided his jump from a long career in Curry’s Admissions Office to join the Athletics Department as a Student-Athlete Recruitment and Welfare Coordinator. In that role, he leveraged his years of admissions recruiting experience to help coaches attract and retain quality talent. He also served as Head Coach of the College’s Softball program for 25 seasons.

“Athletics plays such a critical role in the development of these students, teaching discipline, preparing them to work in groups, dealing with adversity and appropriately celebrating their successes.”

After 41 years as a Colonel, Weckworth says he bleeds purple every day and wanted to do more to support the College. So, he joined the 1879 Planned Giving Society to contribute to the future of Curry.

“I gained so much personally from my Curry education and the skills I learned along the way that I wanted to give back to the place that gave me so much,” he said. “My Curry College experiences are numerous, memorable and life-changing. I want to help grow this college now and in its future.”

Learn more about becoming a member of the 1879 Planned Giving Society and how you can support Curry the way Curry supported you, or call the Institutional Advancement and Alumni Engagement office at 617-333-2121. Estate gifts can include bequests, life insurance designations, and IRA distribution.