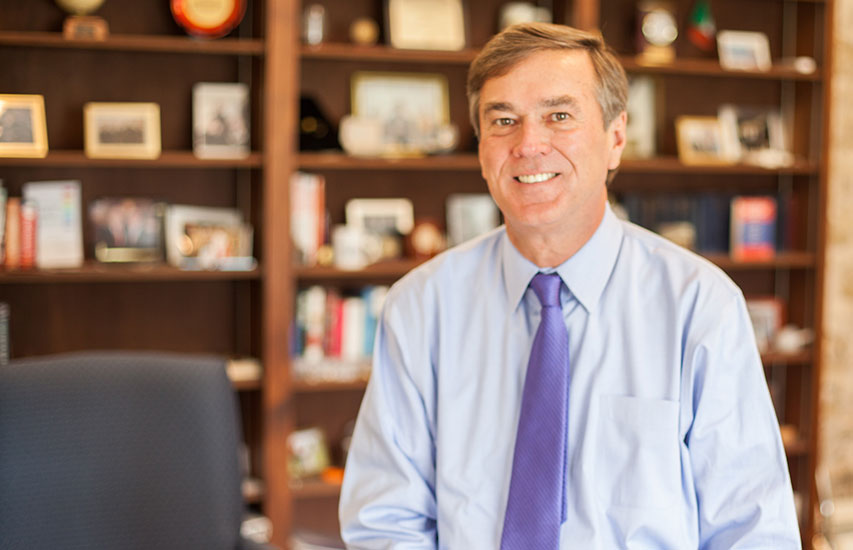 Kenneth K. Quigley, Jr. is the 14th president of Curry College in Milton, Massachusetts, having served in that role since 1996.

Founded in 1879, Curry College is a private, independent institution granting undergraduate and graduate degrees to a combined enrollment of approximately 2,500 students. The College offers 24 undergraduate majors, over 60 minors and concentrations, and five master's degrees. The combined faculty and staff at Curry total approximately 665.

President Quigley is a graduate of Milton High School, the Boston College School of Management, and the Villanova University School of Law. He is a recipient of the Boston College Alumni Achievement Award for Excellence in Education and also holds an honorary degree from Quincy College.

Prior to becoming the president of Curry College, Quigley was on the faculty at Curry. He also previously taught at Suffolk University and Bentley University.

During the term of Quigley's presidency at Curry College, student enrollments have tripled and the College has completed an aggressive building campaign of residential and academic buildings, as well as achieving significant growth in its endowment. The College has also added a number of undergraduate and graduate degrees during that period.

In addition to his duties at Curry College, President Quigley has discharged a number of external leadership roles. He currently serves as a member of the Board of Trustees of the New England Council, and as an Honorary Director of the Cape Cod Baseball League.  He has previously served as the Chairman of the Board and Executive Committee member of the Associated Independent Colleges and Universities of Massachusetts, the New England Association of Schools and Colleges (NEASC), the South Shore Chamber of Commerce and other not-for-profit groups. President Quigley is also an experienced public company director, having served as an independent director on the boards of companies listed on both the New York Stock Exchange and NASDAQ as an independent director.