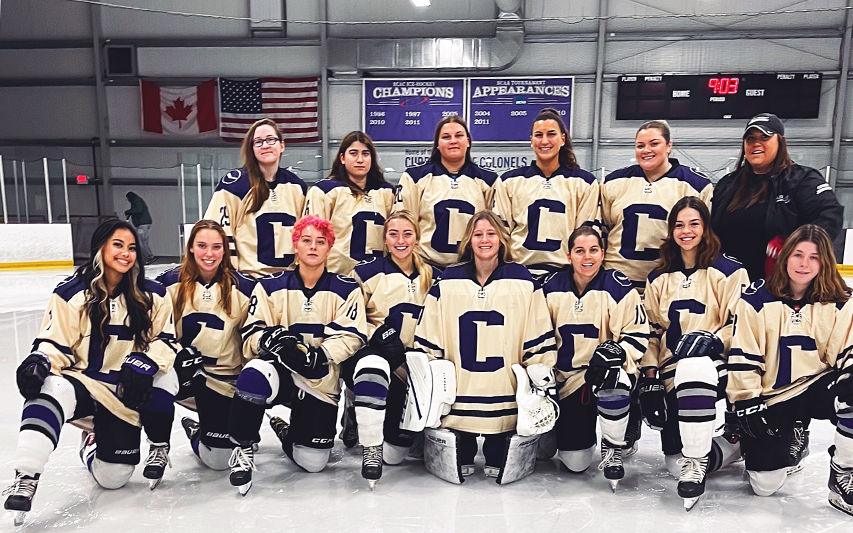 The Women's Ice Hockey Club team competes in The Independent Women's Club Hockey League (IWCHL), a club hockey league specifically for collegiate women's club teams. The IWCHL was founded in 2013 with eight teams and has grown to 20 teams in 2016 with two divisions. The Curry College Women's team joined the league in the Fall of 2015 as an Associate Member. Following the teams inaugural season as Associate Members the league voted the team into the league as a full member in the Spring of 2016. Starting in the Fall of 2016 the Women's Team competes in the Eastern Conference of the Adirondack Division playing other club teams including: MIT, UMass Lowell, Bates College, University of Maine, Holy Cross, and University of New England.